Chiltern Miniatures, Command Post (Dave Thomas), Newline Design, S&A Scenics, and Bear's Den Miniatures have all confirmed that they will be attending.

Whilst browsing round the web looking for stuff about the Desert War in WWII I came across an internet radio station called Rat Patrol Radio which broadcasts music from the 1940's interspersed with the occasional news piece from wartime radio. Great stuff for inspiration.

It's available here and is just the thing to listen to while painting your WWII Allied figures.
Posted by Derek at 4:57 pm No comments:

Full details here
Posted by Derek at 2:27 pm No comments:

Warhammer Historical will be presenting a display game using the forthcoming Art of War supplement for Warhammer Ancient Battles.

Dingwall Wargames Club will be running an Eastern Front WWII participation game.
Posted by Derek at 10:05 am No comments:

Some pictures from the clubnight on April 27th 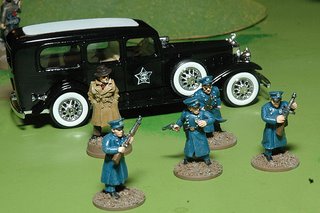 Police vs gangsters using the Legend of the Old West rules. 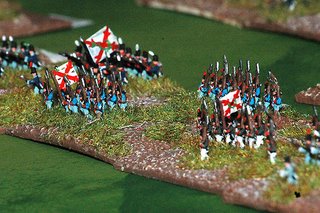 Grand Armee using Ros Heroics 6mm figures. The game is being played using 2" square bases rather than the 3" squares specified in the rules. This allows you to fight bigger battles on any given size of table and also requires fewer models. 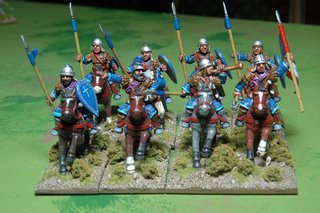 Byzantines from a game of Warhammer Ancient Battles. These rules are very popular in the club at the moment and there's usually at least three or four games every week. 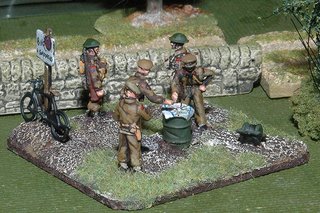 20mm WWII: Company HQ of the Seaforth Highlanders fighting in the Blitzkreig campaign of 1940 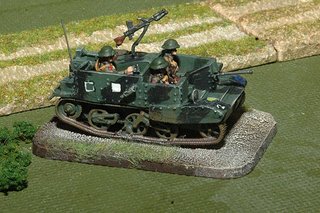 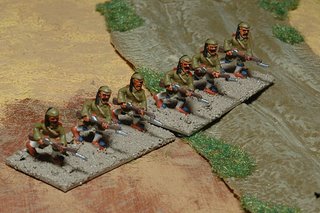 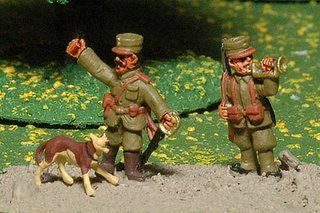 A Greek General Officer.
Posted by Derek at 11:02 am No comments:

Ainsty have confirmed they will be attending.